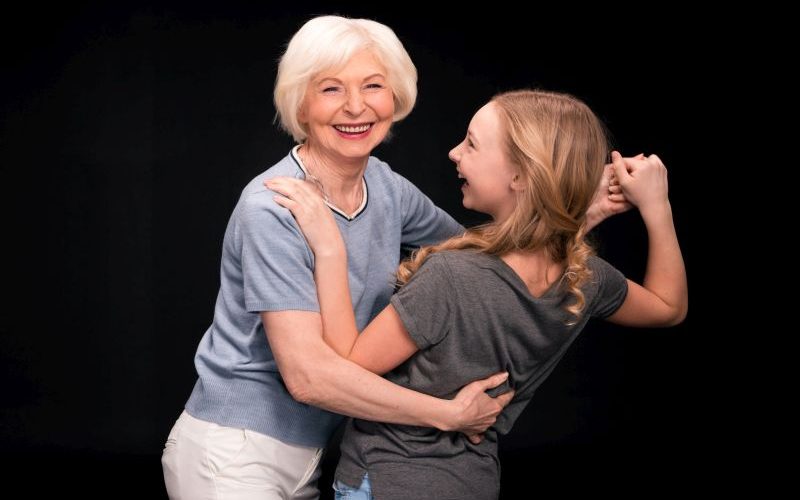 If you’re a grandparent, shaking a leg with your grandchild might benefit both of you.

That’s the upshot of a new study from Israel, where researchers examined how dancing together affected 16 grandmas and granddaughters. The takeaway: It can encourage exercise and deepen ties between the two generations.

Dancing “promoted physical activity even when the body was fatigued and weak,” said study author Dr. Einhat Shuper Englehard, a lecturer at Kibbutzim College in Tel Aviv. “This emphasizes the significance of the close and familiar relationship as a means to promote new experiences [which can occasionally seem impossible] for the older person.”

The granddaughters — all dance movement therapists — teamed with their Bubbes for three free-form dance sessions.

They danced once a week for 10 to 15 minutes in their grandmother’s home. Granddaughters were told to mirror their Bubbes’ movements, encourage their abilities and let them rest when needed.

Videos of the dance sessions, personal diaries and interviews showed that the sessions led to positive feelings and better mood for the grandmothers.

The granddaughters, meanwhile, got a new perspective on aging and a chance to start processing their Bubbe’s eventual death.

Both groups were grateful and said the dance sessions strengthened their bonds, according to the study published recently in the journal Frontiers in Psychology.

Englehard said dance can improve muscle strength, balance and endurance, prevent anxiety and depression, and aid with dementia — all common issues among seniors. It’s also inexpensive and accessible, she added.

“The increase of the proportion of elderly in the population, along with the increase in the age group of adult grandchildren, necessitates creativity and innovation in providing diverse resources and support,” she said in a journal news release.