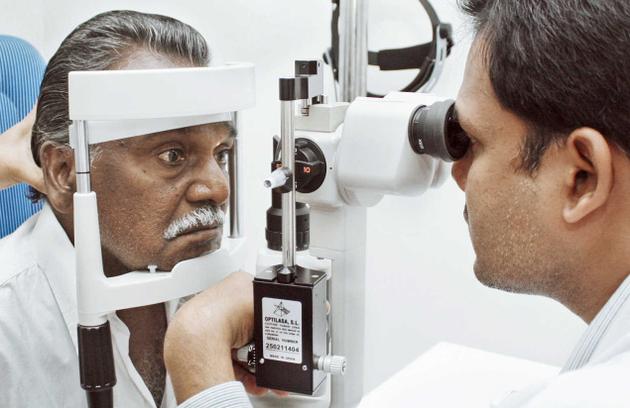 Glaucoma is an umbrella term for multiple eye conditions caused by damage to the optic nerve inside the eye. Although each condition varies in causes and symptoms, all can lead to permanent eye damage, including partial and complete blindness in one or both eyes. In fact, glaucoma is one of the leading causes of blindness in the US, especially among seniors. Approximately 15% of people with untreated glaucoma become blind in one or both eyes. Knowing the types of glaucoma and the symptoms and signs are essential in catching the condition early on.

Although different types of glaucoma cause varying symptoms in either one or both eyes, the most telling sign of glaucoma are patchy blind spots that happen to the side or central vision, and the loss of one peripheral (side) vision, also known as tunnel vision. These symptoms, generally, occur during the later stages of the disease.

Different types of glaucoma include:

Open angle glaucoma is the most common type of glaucoma, and is caused by building pressure in the eye, which gradually damages the optic nerve. This type of glaucoma begins with no symptoms, and can go unnoticed until eyesight begins to worsen.

If you have any of these symptoms, seek medical help immediately.

Normal-tension glaucoma occurs when the optic nerve is damaged due to unknown causes, without the buildup in eye pressure.

Pigmentary glaucoma is caused by pigment from the iris draining and blocking other fluid from draining from the eye.

Glaucoma has no cure. Because it shows little to no symptoms during its earliest stages, it’s important to receive regular checkups with an eye doctor to catch any early detections of the disease. Early detection can help treat and prevent any further eye damage.

Next PostDoes Bad Weather Really Cause Joints To Ache?