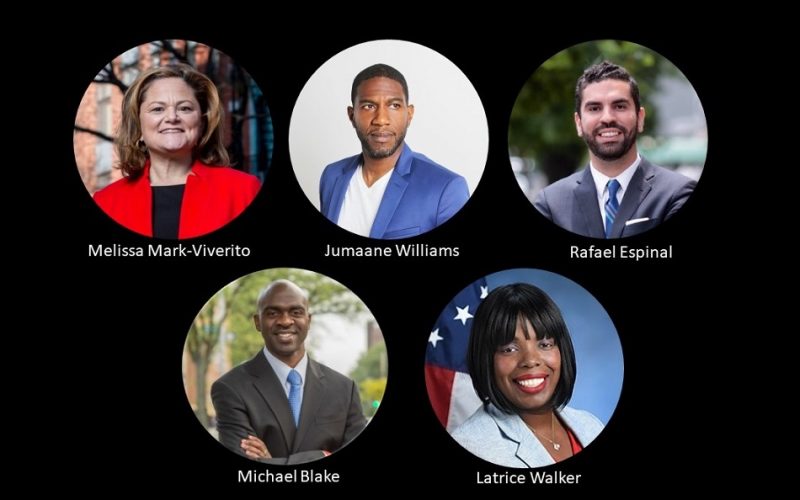 Today it was announced that JIG Media will be partnering with Nikki Lucas, President of the People First Democratic Club, and former District Leader, covering East New York, Brownsville and Canarsie,  to livestream the New York City Public Advocate Candidate’s Forum, Saturday February 2, 2019, from the Brooklyn Sports Club.  The livestream will be seen on JIG Media’s NYCNewswire platform.  Some of the candidates include, former NYC Council Speaker, Melissa Mark-Viverito, Councilman Rafael Espinal, Assemblyman Michael Blake,  Assemblywoman Latrice Walker, and Councilman Jumaane Williams (See the full list of candidates on the flyer below).

“We are happy to be livestreaming this very important event”, stated Vernon Jones Sr, CEO of JIG Media. “This is a great opportunity for voters to actually see the candidates, and hear where they stand on the issues.”

Nikki Lucas stated, “I am happy to be able to bring this candidate’s forum to East New York, which is the district where I live and work. The voters are invited to come out to see the candidates in person, and we are excited about our partnership with JIG Media, to be able to livestream the event to the entire city. We worked together in the past with the livestream of the District Attorney Candidate’s Forum, which was very helpful for the voters and the candidates. This is a platform for the candidates to talk directly to the people.”

Nikki Lucas, who is responsible for putting this forum together, is also credited with landing ABC TV reporter, Derick Waller, as the moderator.

You can watch the event live on the homepage of www.NYCNewswire.com.

For more information and information on being in the audience during the event, contact Andre Robinson at 347-687-7482 or email thepeoplefirstdc@gmail.com.

Next PostCelebrate DJ Kenny’s Birthday This Friday At The Canarsie Adult Day Center!