Seniors of NYC: This Is Ida 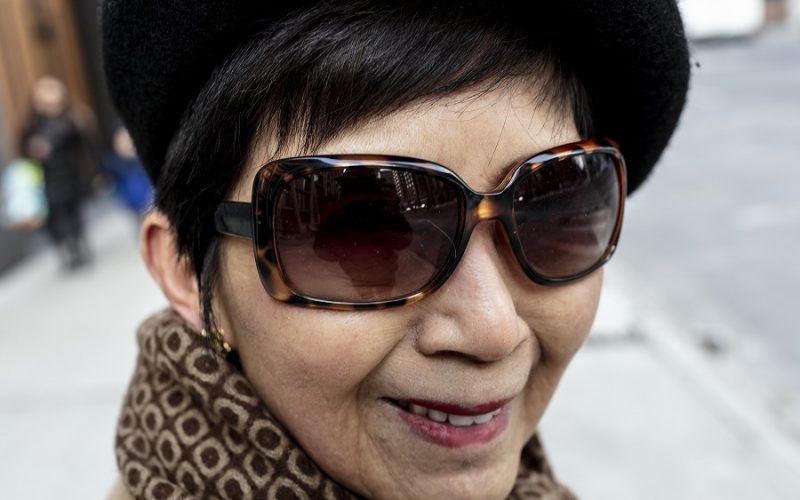 Ida was standing on the corner of Amsterdam Avenue and 66th Street waiting for the light to change.  It is always interesting when a fellow New Yorker returns a smile, which she did.  That permits me to say hello and ask how are you doing?  As I have said many times the elderly in New York City are often invisible and when someone acknowledges him or her, it is frequently welcomed.  As it was with Ida.  So, instead of crossing the street, Ida and  I stood and chatted.

Ida was born and raised in the Philippines.  At age twenty-five she joined the Foreign Service, working for the United Nations and was stationed in Israel.  She worked there for five years.  I asked her what brought her to New York City.

Ida has lived in New York ever since.  She is 82 years old and has been retired for twenty years.  She never married and has no children.  She has family in California that she sees once a year and a sister who still lives in the Philippines.  She has been back only twice to visit her.  I asked her what she likes best about the city and she said going to the concerts atLincoln Center.  She is a volunteer there, and she can attend many of the concerts at no cost.  I asked her what she dislikes about the city most and she thought for a while and said the bike riders.  They have come extremely close to hitting her on several occasions and she said: “they need to be reined in.”

When I asked Ida if I could photograph her, she said yes, but that she would have to keep her sunglasses on.  I told her seeing her eyes was important, but she said she has small eyes and did not want them photographed.

Ida exudes cheerfulness and an upbeat attitude.  She said that because she lives alone, getting out as often as possible keeps her from feeling lonely.  I suspect, too, that her curiosity, activities, and interests contribute to the many connections she has in her life.

Program: Sit and Be Fit Date: Wednesday, June 9 Time: 11 am One of CenterLight’s Rehab Therapists leads a fun and easy to follow chair exercise.

How to Make a 3D Face Mask

Program: How to Make a 3D Face Mask

CenterLight TRS Yvette shows us how to make a 3D facemask.