What are the Early Symptoms of Parkinson’s Disease? 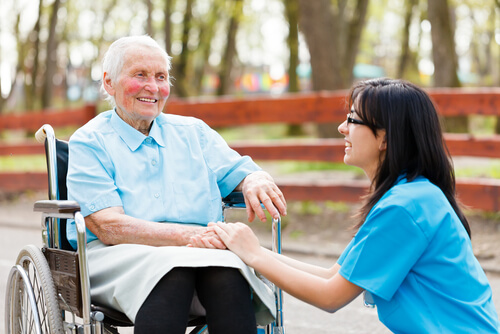 Parkinson’s disease is a progressive degenerative disorder of the nervous system, caused by gradual loss of function in the parts of the brain that control movement. Early symptoms of Parkinson’s disease include tremor of the hands, face, or limbs, stiffness in the arms, legs, and torso, and difficulty initiating voluntary movement. Other early symptoms may include smaller handwriting, stooping or poor posture, and a shuffling walk, and a consistently “serious,” “sad, or angry” facial expression, regardless of the person’s actual mood.

Parkinson’s usually affects people over the age of 50. For most people who develop Parkinson’s, early symptoms are subtle, appear gradually over time, and progress in stages. In some people, however, symptoms progress much more quickly, leading to a more sudden loss of ability.

As the primary symptoms of Parkinson’s become more pronounced, affected individuals often have more difficulty walking, talking, and completing everyday tasks. Walking often becomes problematic as balance, posture, and coordination are compromised, and a characteristic shuffling gait develops, making falls more likely. Talking sometimes becomes difficult for people with Parkinson’s as the disease progresses; many Parkinson’s sufferers speak in a very soft voice, have trouble modulating their tone, and may struggle to find the right words to express themselves. Bathing, dressing, and other activities of daily living become more difficult as coordination deteriorates and voluntary movement gets harder. People with Parkinson’s may experience trouble eating, as a lack of control over the muscles that govern chewing and swallowing make mealtimes more of a challenge.

Because of the progressive nature of Parkinson’s disease, it’s important to stay vigilant at the first onset of symptoms. Although it’s impossible to predict how quickly symptoms will get worse, since disease progress varies from person to person, it’s vital to pursue treatment and coordinate assistance for affected individuals as soon as possible.