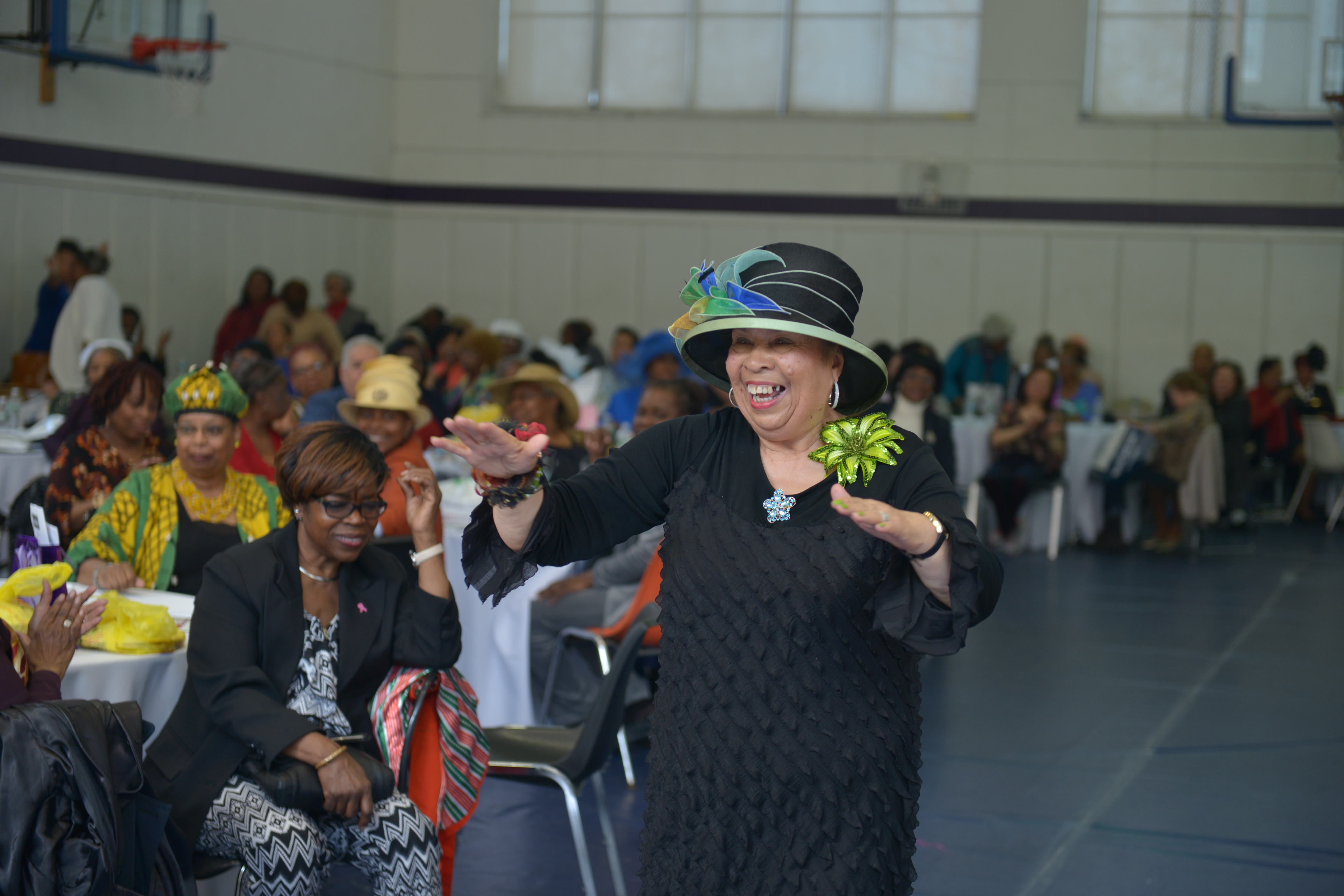 The Brooklyn Sports Club in East New York was a great place to be on Thursday for a Pre-Easter Luncheon and Hat Pageant. A huge crowd filled the large space. In fact, there were so many seniors present that more tables and chairs were brought in to accommodate the overflow crowd. Smiles and laughter filled the room for this festive occasion, thanks to District Leader Nikki Lucas and Congressman Hakeem Jeffries.

During her remarks, District Leader Lucas stated, “I am excited that I have the relationship that I have with this community.” She talked about how important it is to have relationships with people in order to improve the community. She also stated “Congressman Hakeem Jeffries has been a tremendous friend to me and also to the community.” He was the Keynote Speaker for the day and delivered a very inspiring message. Musical selections and ballet performances also added to the festivities.

There were other notable figures present including Acting District Attorney, Eric Gonzalez, who was excited to be a part of this event. He stated that “seniors are an important part of our community, and I am happy to come out and support them.”

Another highlight of the event was the hat pageant. Three judges viewed the contest including Hon. Robin Sheares, Hon. Shawndya Simpson, and Hon. Carolyn Wade. They sported their own snazzy hats as well and were happy to share stories about their Brooklyn roots and the community they serve. Hon. Carolyn Wade mentioned that some of the seniors asked her: “Are you a real judge?” She replied “yes” and showed them her robe. She stated “the seniors were so impressed that they would use real judges for the contest.”

Some contestants strutted, while others danced down the aisle to an assortment of upbeat music and cheers from the crowd. The first place winner was Sarah Stevens who stated “I have been modeling hats since way back at First Baptist Church of Crown Heights.” The second place winner was Alice Wiley who mentioned that she has made all of her hats and outfits for years. Third place went to Denise Morgan who also modeled a fashionable hat.

The seniors looked fabulous in their Easter hats and stylish outfits, including the ones who were not part of the hat pageant. Many of them danced to the music or sang along to familiar tunes. The atmosphere was festive and lively throughout the event, which turned out to be a memorable one for all participants. It left everyone excited about the next hat pageant.

Next PostNYC's Top 10 Parks for Reflection and Meditation